Is ADHD Genetic? Yes and No

What causes ADHD? Is it a genetic or hereditary condition? Influenced by culture and environment? What about nutrition? We don’t know for certain what causes attention deficit, but medical research points to genetic and neurological explanations for symptoms exacerbated by some external factors.

What Is ADHD From? Is It Hereditary? 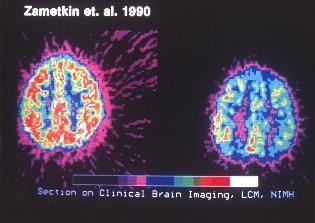 Attention deficit hyperactivity disorder (ADHD or ADD) is a brain disorder with a number of likely causes — though the medical community still can’t pinpoint exactly which one explains the symptoms of ADHD. Researchers suspect that a gene involved in the creation of dopamine, a chemical that controls the brain’s ability to maintain regular and consistent attention may be traced back to ADHD. But conclusive studies are far outnumbered by ADHD myths and misperceptions today.

ADHD is not caused by bad parenting, too much sugar, or too many video games. It is a brain-based, biological disorder. Brain imaging studies and other research show many differences in the brains of individuals with ADHD. Other studies reveal that a child with ADHD is four times as likely to have had a relative also diagnosed with the condition.1

Available evidence suggests that ADHD is genetic—passed down from parent to child. ADHD seems to run in at least some families. At least one-third of all fathers who had ADHD in their youth have children with the condition. What’s more, the majority of identical twins share the ADHD trait.

Researchers in the U.S. and Europe are working now to determine which genes, specifically, make an individual susceptible to ADHD. Scientists are investigating many different genes that may play a role in developing ADHD, especially genes linked to the neurotransmitter dopamine. They believe it likely involves at least two genes, since ADHD is such a complex disorder.2

[Get This Free Download: Unraveling the Mysteries of Your ADHD Brain]

There’s still a lot of work to do on the genetic aspect of ADHD. The discovery of genes that contribute to ADHD could make diagnosing the condition easier. It might also make it possible to find better treatments for people with varying symptoms of ADHD.

What Parts of the Brain Are Affected by ADHD?

The image above shows differences between an adult with ADHD (right) and a non-ADHD brain. (The purple halo surrounding the brain image is an image artifact and not part of the brain.)

Scans and other neuro-imaging research have shown that the brains of children with ADHD mature more slowly than do those of children without the disorder. In addition, recent studies with fMRI imaging show variations in areas of the brain that control many ADHD symptoms. In children with ADHD, several brain regions and structures (pre-frontal cortex, striatum, basal ganglia, and cerebellum) tend to be smaller by roughly 5%.3 While this average difference is observed consistently, it is too small to be useful in making the diagnosis of ADHD in a particular individual.

[Read This Next: One Family’s History With ADHD]

These findings may one day lead to using brain imaging to diagnose ADHD, however this remains a rare and somewhat controversial practice today.

How Does ADHD Impact the Brain?

ADHD appears to impair neurotransmitter activity in four functional regions of the brain:

Is ADHD Caused by Toxins and Pollution?

Scientific research4 suggests that exposure to chemicals — everyday toxins found in foods, carpeting and flooring, cleaning and lawn products, and personal-care products, like toothpastes — may contribute at least somewhat to disorders such as ADHD, autism, and learning disabilities. Infants and children are especially vulnerable to chemical exposure because their biological systems are still developing. During fetal development, exposure to even minuscule amounts of toxins at critical junctures can have a lifelong impact on the child’s brain and physical health. Brain development may be impacted by these toxins. These findings come from research that is not widely respected by all members of the medical community.

In 2010, the Learning and Developmental Disabilities Initiative (LDDI) released the first-ever report identifying chemical pollution in people from the learning and developmental disability community, called “Mind, Disrupted: How Chemicals May Affect How We Think and Who We Are.”5 It concluded that you don’t have to live next to a waste site to be exposed to brain-damaging chemicals. Examples of household chemicals include:

Every participant in the Learning and Developmental Disabilities Initiative tested positive for at least 26 of the 89 chemicals studied.

A 2015 study,6 completed by the University of Calgary, linked the chemicals used in making plastic (BPA and BPS) to hyperactivity in zebrafish, which are often used to study embryonic brain development because they share 80 percent of the genes found in humans, and have similar developmental processes. They called the results of their study, “a smoking gun” that linked negative changes in brain development to BPA and BPS exposure.

Lead exposure may also cause ADHD symptoms, according to a study published in Psychological Science in 2015.7 The study’s researchers emphasized that lead exposure is not the only cause of ADHD symptoms; rather, it’s one environmental factor that may lead to a formal ADHD diagnosis. Similarly, lead exposure doesn’t guarantee an ADHD diagnosis, but it may provide doctors with further clues about the root of a child’s symptoms.

[With Evidence That ADHD Is Genetic Mounting, Should Testing Become a Family Affair?]

Is ADHD Impacted by Nutritional Factors?

At one time, doctors believed that refined sugar and food additives made children hyperactive and inattentive. As a result, parents were encouraged to stop serving children foods containing artificial flavorings, preservatives, and sugars.

However, after studying the data, researchers from the National Institutes of Health (NIH), the federal agency responsible for biomedical research, held a major scientific conference to discuss the issue in 1982. These scientists concluded that removing sugar and food additives only seemed to help about 5 percent of children with ADHD, mostly either young children or children with food allergies.

Despite a lack of conclusive research, many families still swear by the 40-year-old Feingold Program, a nutrition plan that claims to reduce symptoms of ADHD in children by eliminating their consumption of food additives and coloring, artificial sweeteners, and certain preservatives.

How Does Culture Impact ADHD Symptoms and Diagnoses?

A newer, more controversial theory contends that ADHD is a byproduct of our fast-paced, stressed-out, consumer-driven lifestyle. Michael Ruff, M.D., a clinical associate professor of pediatrics at Indiana University, believes that this cultural influence explains parts about ADHD that genetics can’t.

In an article in Clinical Pediatrics,8 Dr. Ruff called ADHD an ‘epidemic of modernity.’ “I’m talking about the cultural environment that prevails today — the modern way of life and its impact on the developing brain,” says Ruff. “Today’s children are immersed in a world of instant messaging and rapid-fire video games and TV shows. When kids get accustomed to such a rapid tempo, it’s hard for them to adjust to the comparatively slow pace of the classroom. They transfer the sense of urgency they’ve seen at home to their academic endeavors.”

Dr. Ruff suggests we ask, “Have we failed to acknowledge the extent to which environmental factors influence these processes?”

There’s no disputing that ADHD is a complex disorder and likely has many different causes and factors — all currently under investigation. Still, while environmental and cultural factors can alter behavior and child development, research confirms that ADHD is primarily a biologically-based disorder.

[Read This Next: I Wonder Where My Son Gets That From?]

Larry Silver, M.D., is a member of the ADDitude ADHD Medical Review Panel.

Face It — People with ADHD Are Wired Differently

MTHFR: Another Piece of the ADHD-Genetics Puzzle

Does Trauma Cause ADHD? And Vice Versa?

The Definition of ADHD: Myths & Truths

What Is ADHD Hyperfocus?

Why You Feel Too Much (and How to Cope)

Why ADD Makes You Feel. So. Much.

My Senses Are in Overdrive — All of the Time