Enter to Win a One-Year Subscription to ADDitude Magazine

Enter to win a one-year subscription to ADDitude magazine — the world’s leading source of ADHD information and understanding — by answering this question below: If you could eradicate one myth about ADHD, what would it be and why? 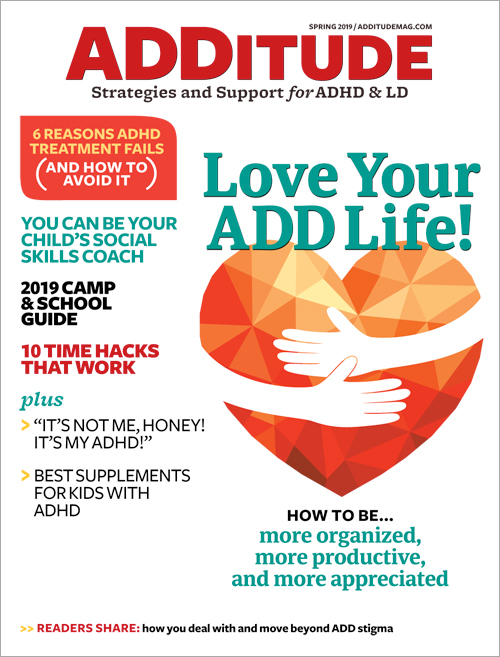 What’s so great about ADHD Awareness Month? Among other things, it gives us the chance to shout from the mountaintops that ADHD is real and that people with ADHD — of all ages, genders, races, and backgrounds — are not broken or defective. They are incredible and inspiring humans living in a sometimes broken and often unappreciative world that would be so much better off celebrating (not shaming) their differences. So there.

Join ADDitude’s celebration of ADHD Awareness Month by visiting our myth-busting education center, featuring daily nuggets of truth to share, a free calendar of events and resources, and links to our free ADHD experts webinars, not to mention tons of great content to spread truth and understanding.

To win a one-year subscription to ADDitude magazine (a $19.95 value each), use the Comments section below to tell us: If you could eradicate one myth about ADHD, what would it be and why?

One entry per household. The editors of ADDitude will select four (4) winners at random and notify them via email on Monday, November 1, 2021. (Full official rules)

“How My Understanding of ADHD Has Evolved"

“Eradicate The Myth That It’s Those With ADHD Who Need To Change.”

Coping With the Stigma of ADHD

How to Silence ADHD Naysayers

What Is ADHD? Definition, Myths & Truth

Answers to the ADHD Questions You Didn’t Know You Had

10 Things I Wish the World Knew About ADHD